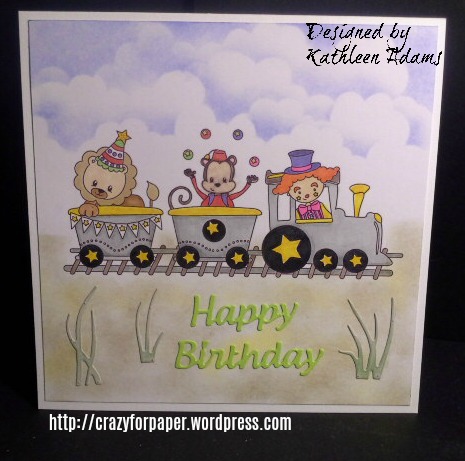 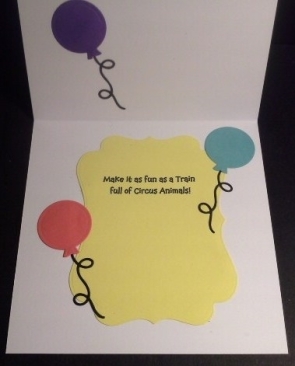 Yep, today is apparently Train Day!  So the challenge today is to put a train on it!  Now there probably is a die set of a train somewhere, but I haven’t seen it.  So I went for another digital stamp.  I found this cute circus train on Etsy from an artist’s shop called Pretty Grafik. 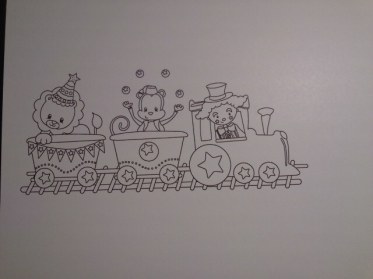 Step 1:  Size, print and color up the image: 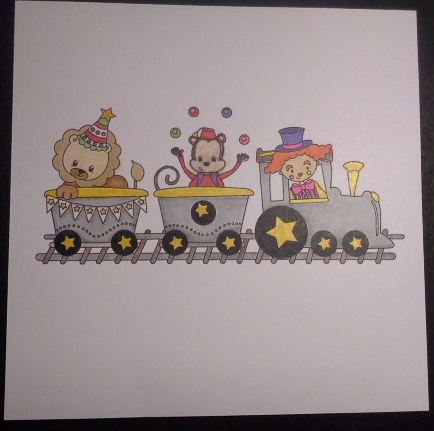 Stencil clouds on the upper half with PanPastel’s 520.5 Ultramarine Blue.  Using a small sponge dauber and Panpastel’s 780.5 Raw Umber and a little 250.5 Diarylide Yellow.

Step 3:  Using the die set below cut all  pcs. with white cardstock and color with Copic markers or cut with green cardstock. 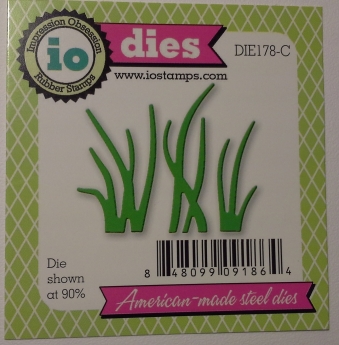 Step 6:  The inside balloons were made with this die set Lollypop:

The strings for the balloons came from a set that has since been discontinued.  You could use a pc. of real string or yarn and glue in place.

The sentiment inside “Make it as fun as train full of circus animals!” was created on my computer and printed on yellow cardstock and cut with the 2nd largest die from this set: 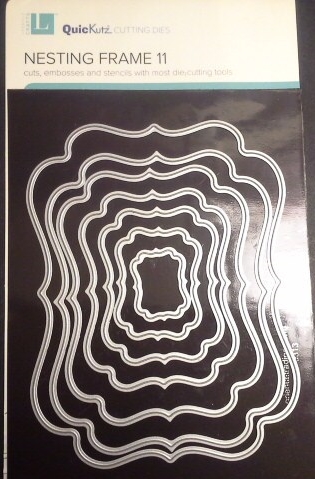 Thanks so much for taking a look.  I know your time is valuable and I appreciate it!

If your interested in purchasing some of the products used,  click on the blue words and it will take you right to the store.  I receive no commission of any kind.