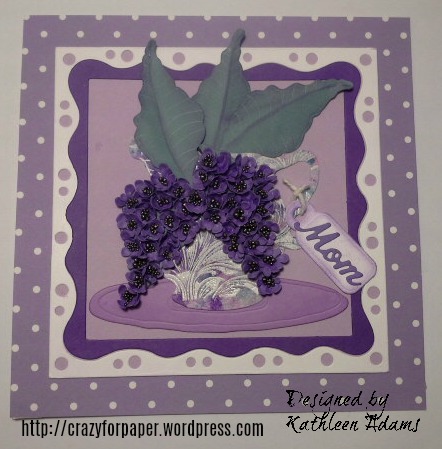 I’m not going to mislead you.  They all take some time to make but worth the effort!  Here’s the link to Susan’s assembly video.  I recommend you watch the videos before you attempt to make most of her floral die sets.  It’s not always obvious how to put them together and it will save so much frustration! 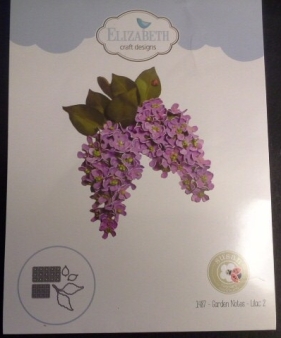 I cut both petal pc. dies from a dark lavender cardstock about 6 or 7 times because I like a full lilac.  If I don’t use them all I put the leftovers into the die set envelope so I don’t have to cut as many times the next time I make it.  I cut the leaves from green cardstock and distressed the edges and the center vein with a little purple ink. 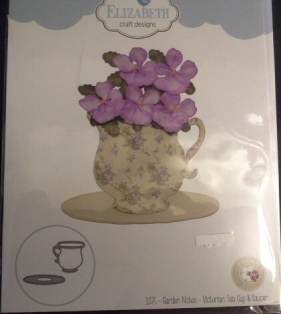 Cut the teacup and saucer pcs.  I had tried a technique I learned from one of Els Van de Burg’s Technique Friday videos to put several different colors of ink on a craft mat and then spray water on it.  You then take cardstock and start picking up color as you turn the cardstock.  I used pretty intense colors because I wanted to stamp over it with a large background stamp in white.  It didn’t work out for what I wanted to do but it made an interesting paper for this tea cup set.  I wish I had taken a pic of the paper before I cut it out but didn’t.  Here’s a pic of the rest of the paper after I cut it out.  I cut the saucer from another lavender cardstock. 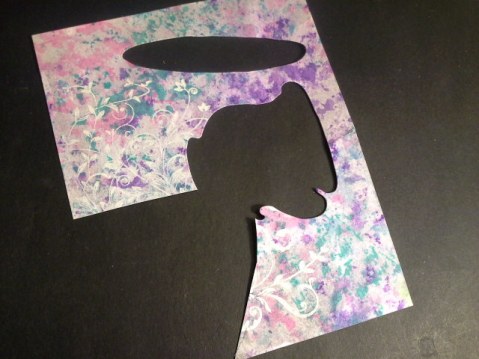 Step 3:  Using the 1064 – Fitted Frames 4 Curvy Squares, cut once with white cardstock and again with purple cardstock.  You will use the largest white frame and the second to the largest in purple. 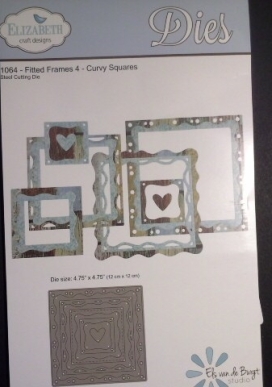 You should have all the elements now to make this card. 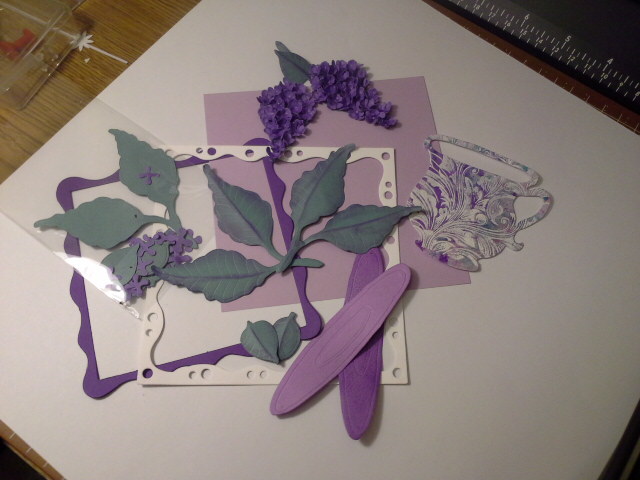 Step 7:  Adhere the saucer, teacup, lilac and leaves as shown. 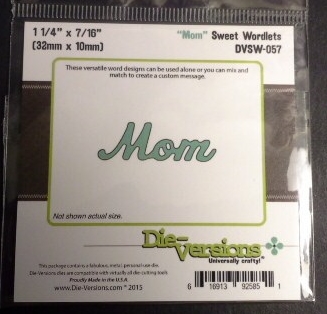 Cut a little tag from this set from white cardstock and ink the edges with lavender ink: 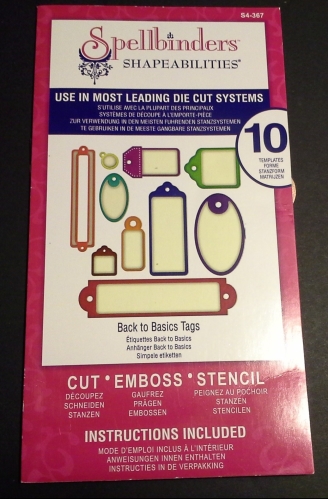 Adhere the “Mom” to the little tag.  Cut a little pc. of Bakers Twine and attach the tag to the handle of the tea cup.

Thanks so much for stopping by for a look.

5 thoughts on “A Mother’s Day Card” 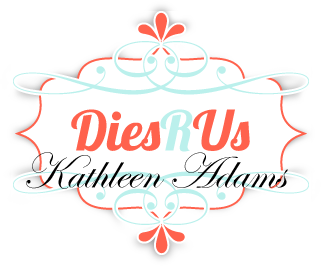