This weeks challenge is to make a Valentine or card of appreciation.  Well, another Valentines card it is!

Step 1:  In Silhouette Studio, using the file “Nested Hearts”  resize to make a bunch of hearts in 3 sizes with both pink and red cardstock:

Step 2:  Now cut two of the “Wheelbarrow” pc. from the below die set: 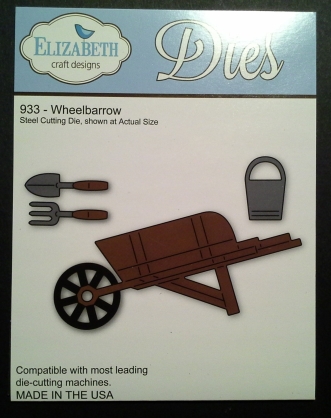 Color one of the “Wheelbarrow” pcs. with Copic Markers.  On the second pc. color only the edges so that no white will show when you glue the pcs. together.  Don’t glue together yet!

Step 3:  Cut from this die set below once in white and once in red:

Step 5:  Make the featured raised panel.  Cut a pc. of coordinating solid color cardstock that measures 5.25 x 4″.  Adhere the largest white “Wavy frame to this rectangle.  Add the red negative pcs. from the same red frame as the white one into your white frame.

Glue the white with colored edges “wheelbarrow” pc. to your panel.  Then glue the fully colored wheelbarrow over the first one BUT don’t glue the top of the wheelbarrows so you can tuck some hearts inside the “wheelbarrow“.

Step 6:  From the set below cut “Love You” from red cardstock and the “xoxo”.

Step 7:  Finish the panel by adding the hearts and sentiment as shown.  Add dimensional dots under some of the hearts and adhere some flat to the panel.  Start your first layer of hearts by putting a little dab of glue on the bottom pointy end of the right side of four largest hearts and tuck into the top layer of the Wheelbarrows and then stick a dimensional dot under the top of this layer.  Keep adding hearts, some lifted with dots and some flat as you like them.  Add the sentiments.

Step 8:  The last step is to adhere the panel to the card also using foam dimensionals.  For this step I used large square foam dimentionals.

For the inside of the card I used another of the red Wavy frames, the little hearts pc. that comes from the very center and the “xoxo”.

Thanks for taking a look and I hope you’ll try your own version of this card.