This weeks challenge was to make an interactive card.  There are so many options for cards in this category.  Just search Pinterest and other social sharing sites and you’ll see how many there are!

Step 1:  I was asked by one of my salon customers to make a card for the new baby in her family.  I made a card similar to this one for my niece when we all found out she was pregnant and so decided to use this same Silhouette file for the inside of my card.  It’s called “Baby Crib Pop Up Card”.  I cut the blue Gingham wallpaper, the crib, shelf, and blocks from this file.

Step 3:  Make the window with this die from Spellbinders:  Cut the top part off: 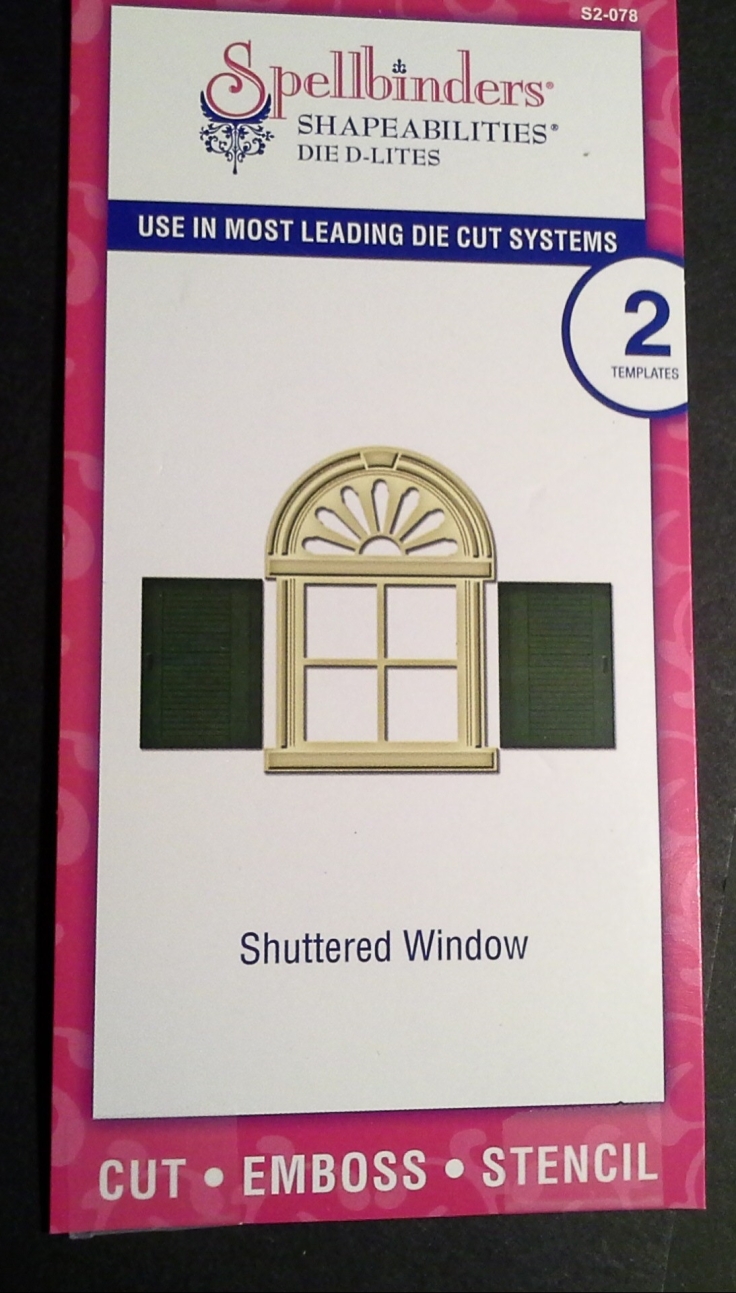 Then color with Copic markers.  Cut a 2×2″ square from white cardstock and sponge with PanPastel AquaMarine Blue and Susan Tierney Cockburn’s stencil “Clouds and Grass”.  I used a branch I trimmed off of  this die from Susan Tierney Cockburn’s 1006 – Susan’s Garden – Cherry Blossom.  The bird is from her 1012 – CountryScapes – Critters 2 and the tiny ivy is from her 1036 – CountryScapes Mini Botanicals – Clematis, Ivy.  Attach to the sponged clouds 2×2″ square as pictured.

Cut a 2×2″ square of “Film Transparency”.  Glue to the back of the cut and colored window and adhere this pc. to the pc. above.

Stamp the curtain valance onto the same blue gingham cardstock used to cut the wallpaper.  Then cut with the valance die.  This set includes the stamps and dies. 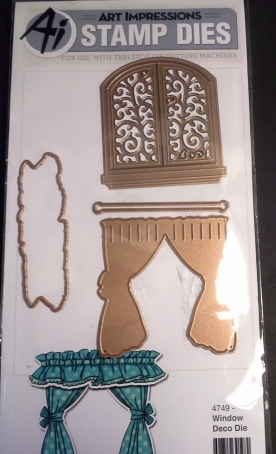 Adhere this valance to the top of the completed window piece.

Step 4:  Make a base card by cutting a 12 x 12″ piece of Elizabeth Craft Designs White Soft Finish Cardstock in half and score at 6″ on one half along the 12″ side.  Fold the card at the score line and begin to assemble the inside.

With Elizabeth Craft Designs Blossom Layering Stencil and baby blue ink stencil the top half of the inside of the card.

With 10mm clear double sided adhesive attach the wallpaper to the bottom of the insides of the card.  Adhere the crib piece to the card.  Then add all the other decorator items as pictured above.

Step 6:  In word, I spelled out the baby’s name with enough space between the letters to cut them out with the 2 banner dies in Elizabeth Craft Designs  – 778 -Lots of Pops.  Print this word file onto 65lb. cardstock and cut the banners by placing these little banner dies over each letter.  Fold each cut banner over a piece of white bakers twine and glue the two lower pointy ends together.  (Don’t glue the top of the banner where it folds over the twine yet so that you can still slide them on the twine).  Leave an extra 2″ of the twine on each end, of each name. 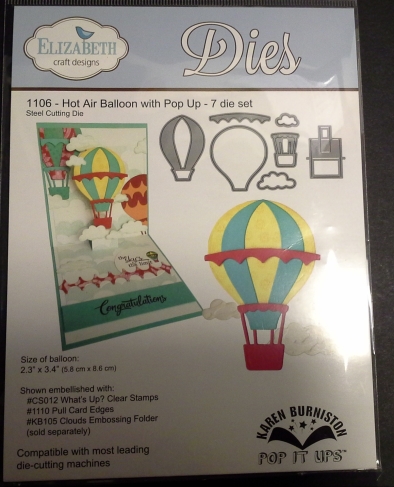 Using the die set below cut all the pieces from white cardstock and color with Copic Markers:

Glue the “little bunny” (with the hang tag cut off) in the Hot Air Balloon as shown after you cut off the two inside (what looks like the ropes that attach the basket to the balloon) pieces.

Stamp the sentiment on a piece of white scrap cardstock from this stamp set:

Cut out the stamped sentiment with the smallest of labels in this set: 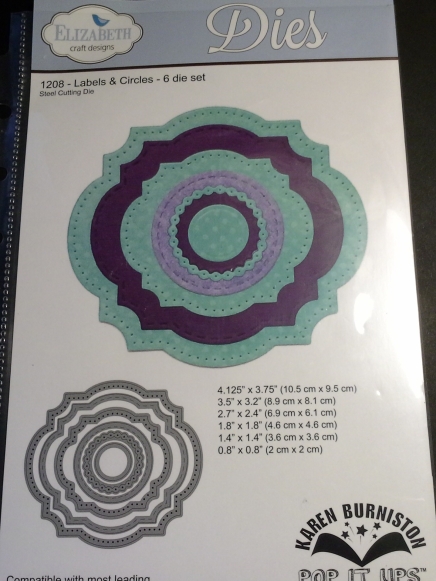 Sponge the edges with the same AquaMarine Blue PanPastel.

Cut out 1 large and 2 small clouds out of white scrap cardstock from this die set: 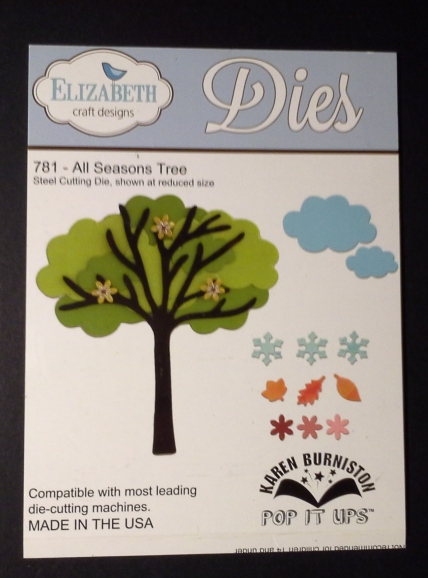 Step 8:  Drape the Baby’s first name banner over the top left corner of the stenciled cloud square.  Put a dimensional dot behind the top of each banner making an arc.  Glue the points of the banner down with a dot of glue.  Tape the ends of the twine behind this cloud layer.  Do the same for the baby’s middle name but tape the twine at the start of these banners under where the sentiment label will be.  Adhere the sentiment over the end as pictured with dimensional squares.

Step 9:  Adhere the assembled “balloon/bunny and clouds” piece as shown and tape the other end of the twine under the above pc.

Step 10:  Adhere the above completed scene to the front of the pop up card being careful to have the card open like a book.

Step 11:  I was initially going to add a scalloped edge around the above step but in the end used the negative around the edge because it looked more boyish and also went with the pointy ends of the banners:

Optional:  I wanted the new mother to know how much I enjoyed making this card so created a message and adhered it to the back of a piece of Elizabeth Craft Designs “Through the Lens” 6×6″ cardstock “Stone”.  This pc. becomes the floor when the card is displayed open.:

That’s it!  For you that is!  Since I made this card the same customer of mine ordered another one just like this one!!  Yikes!  Here it is:

Thanks so much for taking a look. I  love reading your comments!